Many bhakthas and Acharyas have gone to many of these kshetrams and shown us the "nama" as the path to reach the bhagawan. Only Adi Shakarar could see the bhagawan and his consort Rukmini in the famous rathotsavam chariot procession of Sri Jagannathar. This kshetram is also known as Neela chalam, its mentioned in great detail in the Brahmapuranams kshetra mahatmiyam and is located in the coastal town of Puri in the state of Orissa , India.


This kshetram is very famous for its Rathothsavam and is on the eastern coast of the Bay of Bengal. Whenever En Peruman is sleeping, it will the sayana swaroopam, when he is sitting he will be upon the throne. Like in Krishna avatar if he is walking he will be like an Umbrella - nivasi niladrau nihita-carano ananta-shirasi. The ratham itself will be like a ther, the ratham itself will be like a mountain — neelachalam, it will feel as if they are pulling a mountain itself. The rathothsavam of Sri Jagannathar is very famous, its famously mentioned in the puranas of the prasadam of Sri Jagannathar.

The prasadam of Sri Vishnu itself is parama pavithram, that itself is brahma swaroopam. The prasadam of Sri Jagannathar follows no niyamams rather its like Ganga theertham. In that kshetram there is only Krishnan, Balaraman, in that famous ratham Rukmini thayyar was in it is actually mentioned in the puranas.

Radhai is not mentioned as being in the chariot. In Brindavan there is no ratham, no ther. Where will there be a ther to take radhai, Sri Krishna would have taken radha for a walk or if needed carry on his shoulders. There is no mention of ther in brindavanam. Radha is rasaswaroopini, Krishnan rasaswaroopan. Krishna being a rasAnanda swaroopan coming alongwith premamayiana Radhai in that great chariot which was shaking on the roads, the gentle Radha would have been afraid and would hug Krishna out of fear.

Sri Adi Shankarar saw the radha in the chariot. Such a kshetram is the Jagannatha kshetram. Near Jagannatha kshetram there is a village by name Kendubilva where Jayadevar was born. That village was described greatly by Jayadevar himself. Kindhu bilva village was like a moon appearing out of the sea. Mahans will often praise, their praises will be of Lord Krishna. If there is some name to them that perumai is as a Krishna bhakthan. Called as krishna bhakthan what bhagyam we have done, dhanyoham krishna, dhanyoham krishna.

Its not a name seeking out of ego but out of happiness.

If there is no such happiness then that devotee does not know the greatness of the bhagavan. As we serve the lord, what shortcomings will we have. Such a place where there is no shortcomings, such is the famous village of Jayadevar. The village was made more prominent and famous by the presence of Jayadeva.

There was a mahan by name bhOjadEva. His wife was rAmAdEvi. They were Krishna bhaktas. By the grace of bhagavan, Jayadeva was born, who was actually an amsam of Vyasa as said in the bhaktha vijayam. He learnt all the Vedas and Sastras and when he came of marriable age, his parents were searching for a suitable bride for him. But Jayadeva's mind was quite different, he was always alone, always in bhagavath dhyanam and he had no interest in family matters, always having bhagavatham in his hands.

The parents told of their opinion to their son Jayadevar to get married. Jayadevar did not agree to get married as he felt that it hindered sri krishna dhyanam. In the sea, if we swim with bare hands we can swim easily, but if we tie a stone to our stomach, can you swim? Like that this bandham of marriage is one which we take upon, the bandham of parents is already made upon us. That will be there always but atleast we can forgo the bandham what we are about to take.

Thus Jayadevar did not want to take this bandham bondage of marriage. His parents tried again and again in vain to get him married. Days rolled by. Jayadevar never got married and his parents passed away in grief failing in their attempts to convince Jayadeva. Being a brahmachari, Jayadevar was now all alone. He created an ashram and was performing dhyanam, japam and parayanam. He begged for his food as he was a brahmacharyar. He was with niyama performing his karmAnustanams and was steadfast in his activities befitting a saint. He would just go about his duties not looking at anyone and not speaking and always in Krishna dhyanam.

He knew his heart was pure. But the Lord Sri Krishna sankalpam was different. Kardama prajapathi obtained devahuthi after long penance. It seems that such a level has to be reached before Jayadevar could get married. In that place there was another brahmanan by name Devasharma. He had prayed to Sri Jagannatha perumal that if he ever got a child he would leave the child to Krishna kainkaryam.

He had the grace of the bhagavan but a girl child was born to him. The child who was like lakshmi was named as Padmavathi. Days rolled by and the child blossomed into a lovely girl. With a very good gunam and sheelam she came of marriageable age. If it was a male child he could have left at the temple for kainkaryam. Rupak Nath. Ramana Pingili Yamuna Jivan Das. 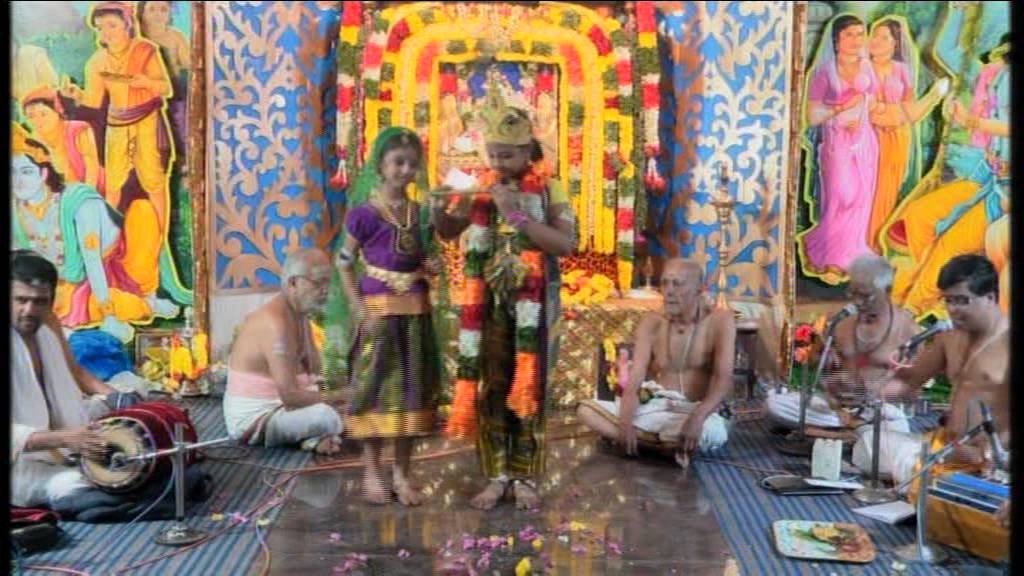